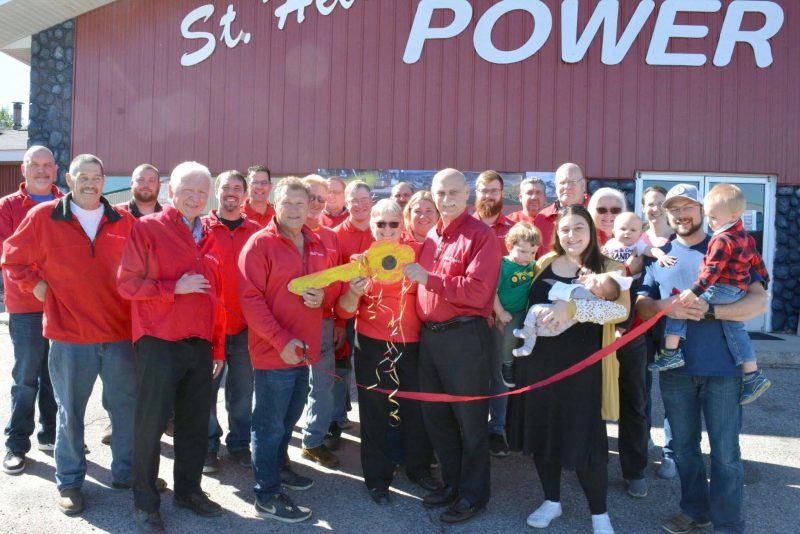 St. Helen Power Sports, 1901 North St. Helen Rd., now has a new owner, Lindsay Belanger. Belanger, who has been in the power sports, auto/RV and parts business for 32 years, took possession Sept. 30. He plans to enhance the already successful business.

Sheryl and Jim Lyttle had owned the business for 26 and a half years. “It’s bittersweet to be turning over the reins,” Sheryl Lyttle said, Sept. 30, at Belanger’s opening day. “We couldn’t have done it without our dedicated staff.”

Originally from Canada, Belanger and his wife, Shelly, moved to the area in 2008. He has added five people to the staff, including the new General Manager, Dave Foko.

Belanger said St. Helen Power Sports will continue to sell Arctic Cat, Yamaha and EZ-GO products, Mercury outboards, Avalon pontoon boats and Triton trailers. Added to the product line will be pre-owned automobiles, new and pre-owned RVs and new QuietKat electric bicycle sales, he said. He will look for additional lines of power sports vehicles to add, he said, and he plans to add more services to the repair department that will cater to RVs and more. An expanded parts and accessories inventory will be offered, too.

“I want to thank all past clients for supporting Sheryl and Jim for the last 27 years of service,” Belanger said, and he thanked the staff, as well.

He said he is working with a partner company, Tilbury Auto Sales RV & Yamaha, in Canada. He said the two dealerships can merge inventories.

“We’re excited to be here,” new Chief Financial Officer Peter Ainslie said. “We’re looking forward to being part of the local scene and meeting as many people as possible.”

Sheryl Lyttle said the Lyttle children were there “from the beginning,” so they and their own children attended the turning-over-the-key ceremony, as well.

She said she and Jim are looking forward to spending time with their four grandchildren and plan on staying in the area.